Peacocks at the Ojców Castle

During the archaeological research carried out at the Ojców Castle, the bones of an unusual bird were unexpectedly discovered ...

Unexpectedly, during excavations carried out in 2006 at the Castle in Ojców, two Indian peacock bones were found Pavo cristatus / Linnaeus, 1758 /. These were: the shaft of the left tibia tibia and the proximal fragment of the left femur.

On the surface of both bones there are clear marks of the teeth of a medium-sized mammal, most likely a dog.

In Polish archaeological inventories, the remains of a peacock are extremely rare. They have been shown so far in only 5 positions (!). Therefore, Paw from Ojców will be the sixth such position in Poland.

Peacocks are extremely representative birds ... today, soonest in the garden, but once they could also be on the tables. So also from these two ovations, peacock bones could be found in the castle in Ojców.

When did peacocks walk around the Castle in Ojców?

During the reign of the Koryciński family 1619-1674, the castle became a real residence. The renovation of the decaying castle was started by Mikołaj of Pilica and Korytnica Koryciński when, as a royal courtier and later a Kraków ensign, he took over the local eldership in a lifetime estate. He was not able to enjoy the renovated castle and died after a serious illness. Earlier, however, before the king, begging the eldership with his son Mikołaj Ferdynand, later the castellan of Bieck, who continued his father's work in the castle. However, he too died prematurely in 1651 (around the age of 35), leaving no male heirs. The fatherhood was taken over by the younger brother of Mikołaj Ferdynand, Stefan from Pilcza. 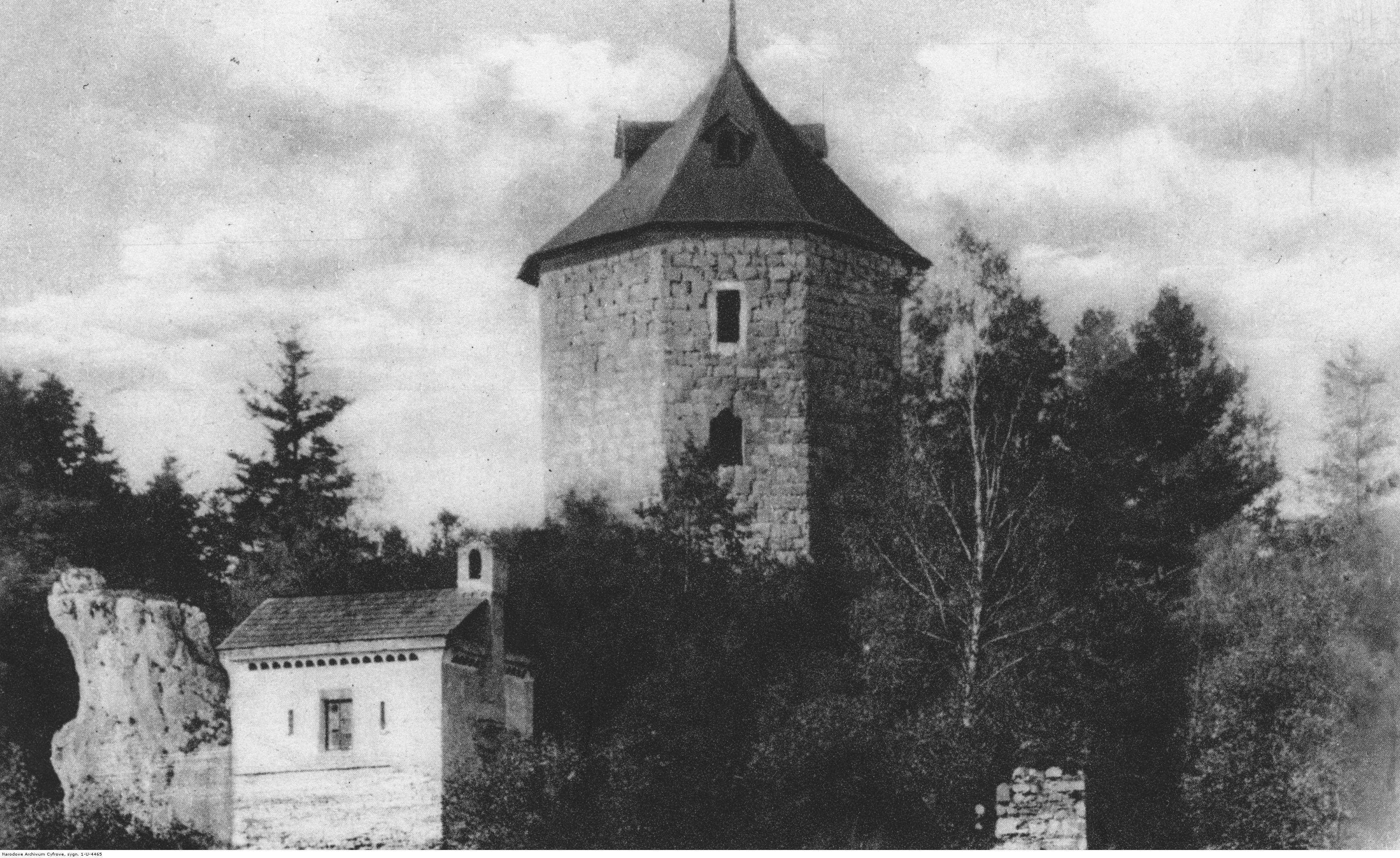 Stefan Koryciński, Grand Chancellor of the Crown, in spite of many duties which he had with his title, continued the construction of the castle in Ojców. Despite a 2-year break caused by the "Swedish Deluge", the Ojców castle fortunately did not suffer, becoming at that time a warehouse for the Swedish army. After releasing the castle from Swedish hands, Stefan Koryciński, "a complex disease", returned to Ojców, and as Konstanty Hoszowski reports, "after a serious illness he moved to eternity in Ojców" [...]. However, the work did not cease and was carried out by the widow, Anna Petroneli, who in 1666 hosted Jan Kazimierz himself. Then the Castle in Ojców became a truly magnate residence.

The dating of bones by the method of radiocarbon date calibration suggests that the time when peacocks could be walking around the castle courtyard and be a culinary attraction on the castle tables was under the rule of Mikołaj Ferdynand Koryciński, i.e. in the years 1637–1651.